How Does Solar Panel Leasing Work? 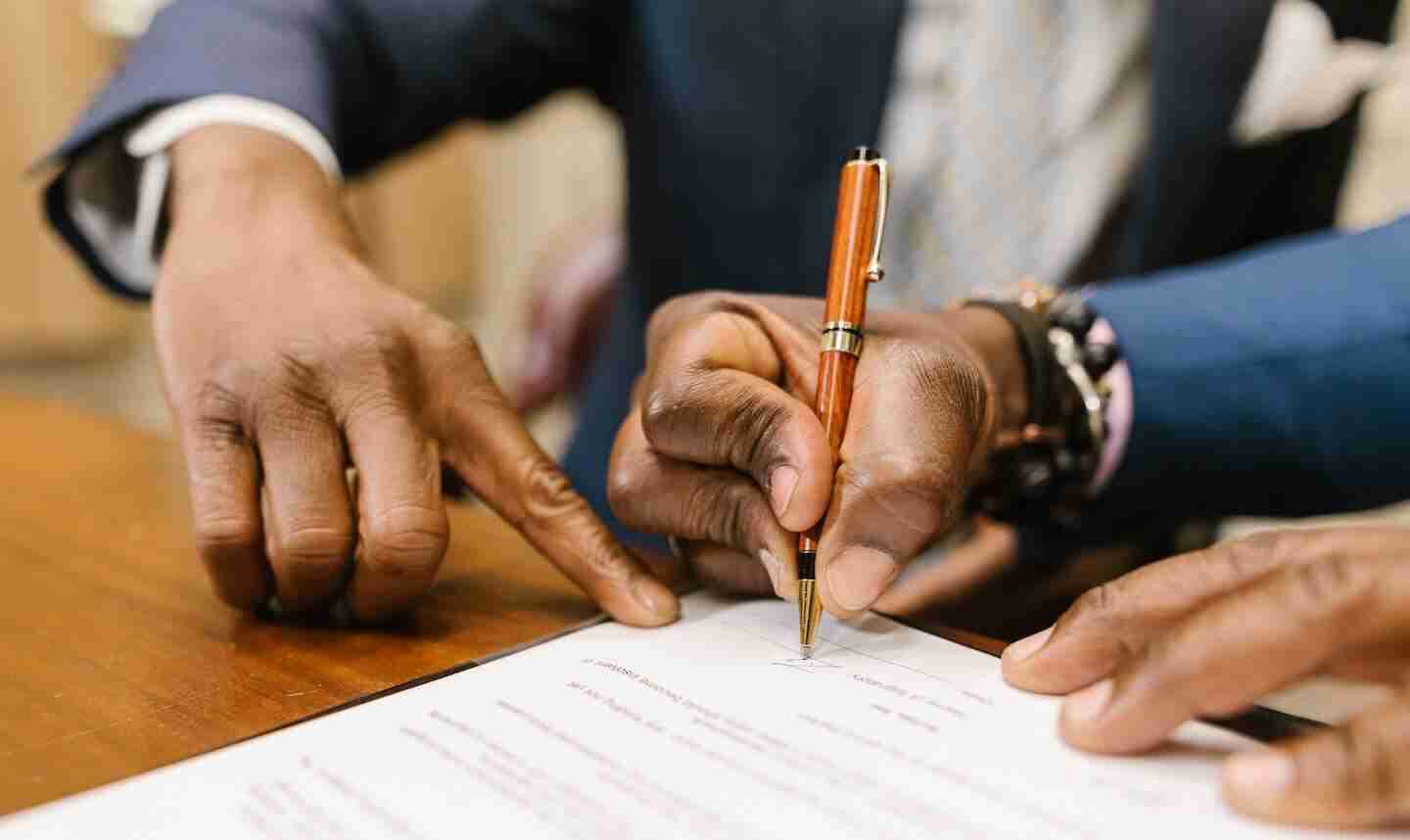 Did you know that in America, 70 million metric tons of carbon dioxide is offset per year by solar power? That’s equal to planting around 1.2 billion trees. And on a similar note, you can recycle 90-97% of a decommissioned solar panel’s materials.

Furthermore, from 1954 until now, solar panel efficiency has increased from 6% to above 40%.

It should then come as no surprise that in 2021, more people than ever are seeking out solar energy solutions, trying to move away from the reliance on fossil fuels. And wisely so. Not only does a solar panel cut down your carbon footprint, but it also cuts down your energy bill significantly.

Unfortunately, while the savings do exist with solar power, ownership is more of a long-term investment. The energy savings mostly pay off in the future, instead of the here and now.

To the above point, the installation cost of $20,000 scares many potential buyers off. As a result, many homeowners have sought an alternative in leasing solar panels. While a lease may seem like a reasonable bridge between owning a solar panel and relying on more wasteful energy sources, this arrangement has its pitfalls.

So, read on as this article takes a well-rounded look at leasing solar panels, telling you the plusses and minuses involved in the process.

How Does Solar Panel Leasing Work?

How Much Does It Cost To Lease Solar Panels?

Typically, it costs anywhere between $50 and $250 per month to lease a solar panel.

Though it’s easy to get caught up in monthly costs since you’re not taking much of a short-term hit. After all, $250 per month is the same as paying a little over $8 per day.

That doesn’t seem like much of a sacrifice, right? Well, the answer to that question depends on your definition of sacrifice and whether better options exist.

Doing the long-term math paints a bit more of an accurate picture of what leasing solar panels will really cost you. Yearly, the lease costs anything between $600 to $3,000. And, on a 25-year lease, you’ll end up forking over $15,000 to $75,000 in total–all for something you’ll never own.

A lease for a solar panel has a fixed monthly price that lessees pay. It’s similar to renting an apartment, but you’re using the system.

On the other hand, in a PPA, homeowners pay per kWh for the power generated.

A PPA exists outside the terms of leases and ownership. Most often, a company installs its own system on a homeowner’s roof. From there, the company sells you an agreed-upon amount of electricity. And depending on the agreement, you’ll either end up paying a fixed rate or only for the electricity used.

Similar to a solar lease, a PPA contract lasts between 20 to 25 years.

When you buy a solar panel outright in cash, it costs in the realms of $15,000 to $20,000 once you’ve received taxed credits. Of course, going the purchasing route means you own the solar panel and aren’t paying someone else for its use. You will, however, be stuck paying for ongoing maintenance the lofty installation fee.

The upfront costs are not insignificant, but even if you can’t afford it, you can take out a solar loan, either secured or unsecured.

Unlike secured solar loans, unsecured loans don’t include your house as collateral, meaning you don’t benefit from tax-deductible interest. You can get these types of loans at the bank, credit union, or with the solar company themselves. If you choose to go this route, know that Fannie Mae has the HomeStyle Energy Mortgage Program. This program helps consumers receive financing for solar system installations when refinancing or purchasing a new home.

The most cost-effective way for homeowners to finance their solar panel purchase is through a home equity line of credit (HELOC).

With your house as collateral, you’ll receive favorable, tax-deductible interest rates. Home equity loans last between 5 and 20 years with fixed interest, while equity lines of credit last for ten years with variable interest, so the cost will fluctuate.

Like most financial decisions you make in this world, there are going to be advantages to leasing. And, depending on your current circumstances, the benefits of leasing discussed below might be enough to convince you that it’s the correct path for you:

There’s something beautiful about fixed rates. They make it easy for you to budget because you’ll know every month what you owe, giving you peace of mind and stability.

These predictable payments might be less stressful than spending five figures upfront, plus who knows how much it’ll cost to maintain your solar panel?

Not Responsible For Maintenance

Imagine you’re renting an apartment; if the oven or washing machine goes kaput, your landlord foots the bill.

Sure, you aren’t living inside your solar panel, but leasing one has a similar premise.

Your panel belongs to the leasing company, meaning they have to handle the maintenance and repairs. And you don’t have to pay a thing. Unlike ownership, leasing leads to a lot less responsibility and headaches to keep your solar panel functioning at its best.

American families – on average – spends around $1,500 yearly when fossil fuel is their electricity source. A solar panel system is estimated to save those same families $100 per month while covering 100% of their energy needs.

Those benefits exist whether you lease or own. But leasing offers these advantages while removing the upfront expenses and maintenance costs of ownership.

What goes up must come down. And while there are advantages to leasing, there’s another side to that coin, meaning a lease might not be the best choice for you. Read on as we highlight the cons involved with leasing your solar panel:

You’re Not Eligible For Tax Credits And Other Solar Incentives

Ownership might be expensive, but it comes with perks exclusive to owners. And lessees remain on the outside looking in.

First and foremost is the federal solar Investment Tax Credit (ITC), which, as of 2021, is 26%, taking a chunk out of your installation costs. Specifically, this applies if your taxable income exceeds the credit amount.

On top of federal tax credits, there are statewide ones, too, varying by the state. Note that your state likely has its own version of a Solar Renewable Energy Certificate (SREC).

Beyond that, there are also local rebates and incentives. One example of these rebates is when your system generates more energy than you use. In this instance, additional energy is recycled and brought back into the grid. If by month’s end, you’ve generated more power than you’ve used, the rebate might even turn into a small profit.

All these advantages don’t exist when you lease. Instead, it’s the company leasing your solar panel to you who enjoys those perks.

When trying to sell your home before a 20-25-year solar panel lease is finished, you can either transfer the lease to the buyer or buy out the lease.

Of course, buying out the lease is a financial sinkhole, so you’re likelier not to sell if only to avoid that expense. And prospective buyers won’t be all that interested in taking on your lease.

Also, a solar panel lease makes it so that your home is stuck with a lien or UCC-1 financing statement. With these factors in play, future creditors are notified about third-party claims on interest within the property.

Removing the lien form is filled with headaches and takes a while–in fact, it takes long enough to scare off potential homebuyers.

There is one last option, where the company leasing to you might relocate the solar panel at around $500 to $1,000. But there’s no guarantee this service is available. And if it is, your new home might not accommodate the older, outdated system.

You’ll then likely need approvals from homeowners associations and providers on top of configuration and installation costs. The point being, your solar panel lease becomes an albatross when selling your home.

You already know you’re losing out on rebates and incentives. But many solar panel leases come with escalator clauses, which increase your payments by 3% yearly. In this instance, those paying 12 cents per kWh in year one will be paying 18.2 cents by their 15th year. If energy costs don’t rise at the same pace as your payment increases, your savings will stall out.

You Never Own The Solar Panels.

Leasing your solar panel means all the money you put into it helps only its owner profit.

You don’t get the tax benefits or rebates, and your home’s value doesn’t increase. Plus, you’re at the whims of the company leasing it to you, meaning you’ll have to adhere to their stipulations, which can get complicated and frustrating.

Where Can I Find Other Resources To Learn About Going Solar? 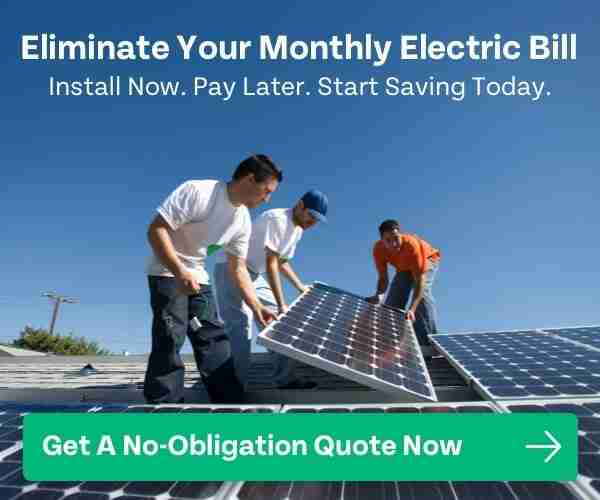